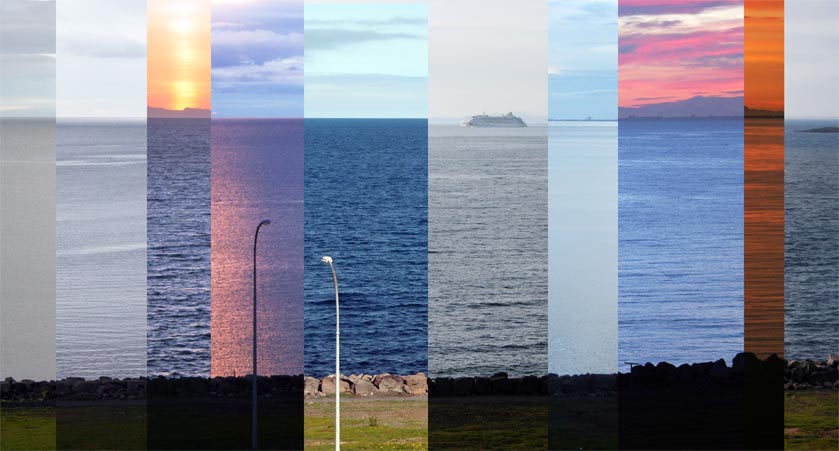 With the traveler’s fascination for the foreign mundane, the artist documents the view from the same window during Icelandic season of almost 24-hour daylight.
The photo-film moves through a succession of delicate tones, where the light and the depth of the landscape are eventually completely transformed. However the curves of the streetlights remain static and the lamps invariably unlighted.

The soundtrack to this film was recorded by the Viennese experimental electronic band Lokai for their album “Transition”, to be released by Thrill Jockey. (Thrill Jokey – thrill 219 – 2009)